With the official release of The Butterfly Connection (The L & L Mysteries #4), I can finally put that series behind me and begin working on the many other writing projects that have been waiting in the wings for the last couple of years.

The first project being Starward (Galactic Dynasty #1) which I'm co-authoring with my Muse.  I'm really looking forward to escaping into a much different genre, this one being sci-fi/adventure for mature readers.

It feels strange, though, having gone from writing for a much younger age group to writing for those that are in their late teens and above.  The transition is challenging, but I like that because it forces me to develop and expand my writing skills even more.  One thing hasn't changed, though.  The characters are alive and well in my mind and are clamoring to tell their parts of the story!  And I'm excited to tell it for them. :)

While I'm in the process of completing Starward, I will probably be working on a couple of other series that I've been kicking around for the last few years.  The Soul of Arial is one of them and is only about half-written.  But I'm really excited about this book as well because I feel that it is so different from what's already out there in the Fantasy genre.  This book in particular is definitely for mature audiences and again is a challenge to write, but a good challenge.

And right now, I'm currently doing research for an epic fantasy/adventure series that I've got brewing in the back of my mind.  The research is fascinating and I can see so many different ways to weave in what I've learned so far to make the story really come alive.

But, as a whole, you'll probably be seeing update posts regarding Starward for the next few weeks or months.  That is where my focus is going to be primarily.

So, I'm off to do some more massaging and tweaking of the manuscript!  I hope everyone is having a great week so far.  And, make sure you pop by Cressen Books' website to read the first chapter of The Butterfly Connection as well as check out the other books that are available!  There's some awesome stuff out there!
Posted by Wendy Lohr at 11:03 AM No comments:

So Close I Can Taste It

Ah, the taste of sweet freedom!

What is she going on about now, you ask?  Well, The Butterfly Connection should be ready for publication within the next couple of days and I am breathing a huge sigh of relief.  As much as I love The L & L Mysteries, I've discovered that it is now time I moved on to other projects and put this one to rest for a while.  Someday I may come back to these characters that I love so much and write them into an adult mystery series.  But for now, it's time to say good-bye.

So, what's next?  The galaxy and beyond!!  lol  Meaning Starward (Galactic Dynasty #1), being co-written with my wonderful Muse.  I have some scenes to polish and a few chapters to add.  Then it's on to the editing stages and publication for this exciting, sci-fi/adventure novel.

And I have The Soul of Arial I'm still working on.  It's about half-way done, so still a lot of writing to do before I can hand it over for editing.

And.....yeah, the list keeps growing! lol  I've come up with a new idea for an epic fantasy series.  I always love the new idea stage of a story.  It's fresh and alive with so many possibilities for going so many different directions.  I believe I have the overall story outlined in my head.  Now I have to figure out the particulars.  And this one may go for three books or it may go for more.  That piece I don't have a feel for yet either.  But the characters are already taking up space in my head and clamoring for attention.  So, I have a feeling I'll begin writing some rough drafts of the story here shortly!  *does a happy dance*

Of course, on top of all of that I still have the business to work with.  But things are flowing very smoothly with that end of the spectrum.  I'll soon have a couple of manuscripts to begin editing (both technical and content), but I really look forward to those.  It will keep me from my writing for a few days but I believe it will definitely be worth it.  The novels in question have very fascinating storylines that I'm looking forward to diving into.  So, it's all good!

And if anyone has been following my Facebook posts, you'll know that I've begun a little exercise routine, something I really needed to do since I was finding that I spent most of my day on my butt in front of the computer.  So starting Monday, I began working on an Elliptical trainer that we purchased from someone close by who was looking to get rid of it.  It works perfectly for what I'm wanting it for.  I've started out with a 5 minute routine and will slowly be working my way up to using some of the pre-programmed workouts on the machine.  So far, so good.  I've not strayed off the path, which was my biggest concern.  But things are still in the early stages, so I'm being cautiously optimistic.  I do love the machine though.  It makes me feel as if I've actually worked out and accomplished something, which is good.

So, I guess that is all my news for right now.  Some was probably a repeat from my last post, but I'm just so excited about things right now that I had to repeat myself! lol  I hope everyone is having a good week and I wish you a safe and fun-filled weekend...or at least a very relaxing one! :)

Posted by Wendy Lohr at 9:15 AM No comments:

Good morning, all!  Yes, I know it's been forever since my last post and I do apologize.  Things have been so crazy and then add vacation on top of that and it's a wonder I still remember my own name! lol

Anywho, I hope everyone has been doing well.  I had a blast in Arizona and felt as though I got my head screwed back on relatively straight.  Vacay was definitely in order for me.  Now I'm back (actually I've been back for a week but have been ridiculously swamped with things I've been trying to catch up on) and am ready to tackle my writing projects with gusto!

So, first up is The Butterfly Connection (The L & L Mysteries #4).  I know, I know, I've talked on and on about this book for quite a while now and no, it's still not done.  But, I am happy to report that there are only 3 chapters left to be verbally edited.  Then it's final formatting and I can FINALLY publish it!!!  I will be doing some major victory dancing when this book publishes!

Second, I have made some major progress on Starward (Galactic Dynasty #1), which is being co-written with my Muse (aka, the hubby).  We've had some major changes come about, realized we didn't have an entire book to write before the one we'd already drafted, and have taken several introductory chapters and added them into the almost complete draft we'd already done for Starward.  It's confusing, but in the end, this is going to be an amazing sci-fi/adventure series and Starward is going to be an awesome beginning to this series!!

Once Butterfly and Starward are off my plate (i.e. published), it's on to The Soul of Arial.  This book may be the first in a series but that's still up for debate.  I'm at the halfway mark on the first draft of this novel and look forward to diving into it some more once I free up my time from the first 2 projects I mentioned.

So, with that, it looks as though I may have 3 books published by the end of this year...woot!  Go me!

As for the business, it's going very well.  Two of our authors have already published books in January, A Veil of Shattered Dreams by Rachel Stark and Naked Lady Dreams by E. M. Lohr.  Both of these books are amazing, so definitely check them out!  Aside from myself, we have two more authors who are finishing up their draft manuscripts and will be submitting those for technical and content editing within the next couple of weeks.  I'm so excited to see how they have fleshed out their novels...should be awesome reading!

Whew...so yeah, I've been a busy bee! lol  But I prefer to be busy, so it's all good.  I need to get back at it, so I'm going to leave you all with a few pics from Arizona.  I hope everyone has a great week and I will try my best to get back on here soon with more updates!
﻿ 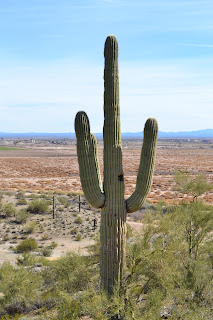 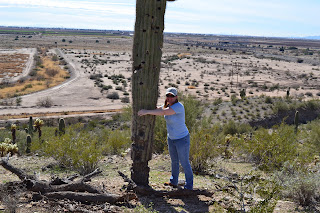 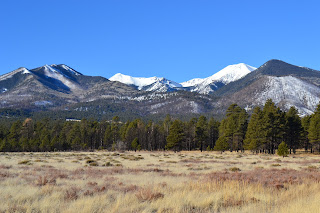 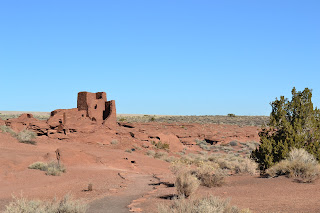 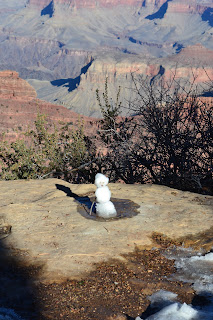 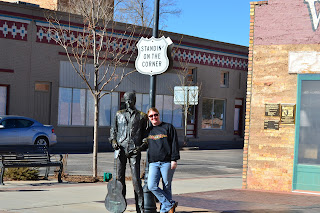 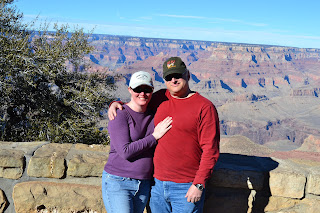 Posted by Wendy Lohr at 9:41 AM No comments: