Careful what you eat when camping in the woods! Today's Daily Writing Prompt and others can be found at Writers Write. 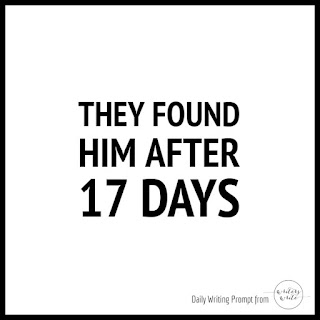 They found him after seventeen days, straddling the log of an ancient Redwood.  He was completely naked and tapping his heels into the sides of the fallen tree, urging it "Onward ho!"

After convincing him he'd arrived at his destination (the town of Deadwood), paramedics ushered him to an awaiting ambulance and on to the hospital.  Several series of tests later revealed he'd gotten hold of hallucinogenic mushrooms while out on his three-day camping trip and had been wandering the forests while eating the mushrooms.

It was several days before he was finally released from the hospital and his husband declared, "You are never going camping without me again!"